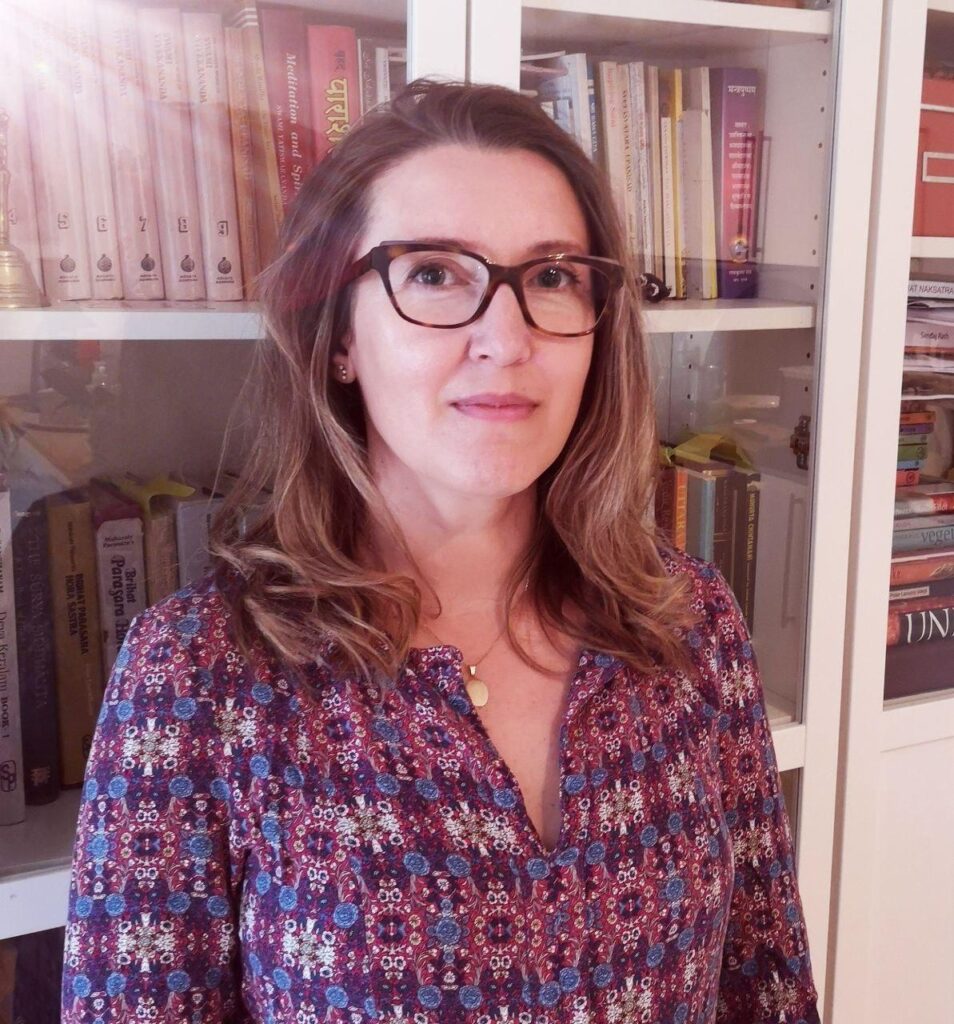 Branka was born and raised in Gracac, in the valley of the Velebit Mountain in Croatia. In her early childhood years she would witness the signs of spiritually waiting ahead of her. Her mother and mother’s side of the family got initiated into the practise of Transcendental Meditation, whilst her aunt opened the doors to the subjects of Krishna, Ayurveda and spirituality.

At sixteen she was initiated in the meditation practise that ultimately introduced her to the subject of Vedic Astrology as well. In 2001. she began her Jyotish studies at Shri Jagannath center Serbia. Alongside her Jyotish studies she graduated from the University of Natural Sciences in Novi Sad with a degree in Geography and Tourism. In her early years of study she was encouraged to travel and start teaching Jyotish in small beginner groups alongside her friends and colleagues. One such occasion was her journey to the Mumbai SJC Jyotish conference in 2005, where she met her now spouse and fellow jyotisha, Visti Larsen.

Since her first touch with Jyotish in 2001, she has travelled the world, attending courses held by her Jyotish Guru Pt. Sanjay Rath. She is accredited with the degrees of Jaimini Scholar by completing a five year Jaimini program, and Jyotish Pandit by completing Parashara Jyotisha course, and is among the first students of Pt. Sanjay Rath to receive these degrees.

Branka has been part of all major courses conducted by her Guruji including the Mantra Shastra course (ongoing), Shiva Mahapurana course, etc.

Her early love for spiritual books and the subject of Jyotish inspired her to translate five of her Guru’s books to her native language. She is currently working on a commentary to the Jyotish classic Jataka Parijata, contributes to Jyotish magazine The Jyotish Digest and keeps a weekly Jyotish newsletter.

Her ultimate belief is that knowledge is a strength that increases by sharing. She is deeply interested in the self-development and personal growth aspect that the light of this ancient knowledge can provide to one and all. She is greatly impacted by the Vedanta teachings of Shri Ramakrishna Math and Sri Sarada Math, where she took a spiritual diksha in 2019.

Branka is married and lives with her husband Visti and their two sons in Copenhagen, Denmark.